President Klaus Iohannis has said in Brussels that he wants a strong, unite and cohesive NATO

Romania wants the North-Atlantic Alliance to be strong, united and cohesive, and that the Eastern flank be enforced in a balanced way, President Klaus Iohannis has said in Brussels. It is a priority that the Black Sea region remains in focus, and, as far as Russia is concerned, there has to be a unitary approach, the Romanian President has added. The main topic on this year’s NATO summit in Brussels is boosting the Alliance’s role in the fight against terrorism. The American President is also taking part in the summit and he has already met some European leaders.

The International Monetary Fund forecasts an economic growth for Romania

The Romanian economy will grow by 4.2% in 2017, according to forecasts by the International Monetary Fund, published on Thursday. The document shows that the main risk for the economy is the perception of a relaxed fiscal prudence, which might negatively affect the trust of the markets. According to the IMF, this risk, along with increased political tensions, might affect consumption and investments and could increase the borrowing costs and put pressure on the exchange rate. The IMF board has also welcomed the progress made by Romania towards reducing the economic misbalances after the global financial crisis, but has recommended a reorientation of policy from consumption to investment support. The IMF mission has made its annual assessment of the Romanian economy in March this year, in Bucharest.

Romania is among the first European countries in tourism development

Romania has become one of the first European countries with a high tourism development rate, according to international statistics, presented on Thursday in Bucharest, at a debate on the hotel industry. Romania is on the first place with regard to the increased number of positive reviews from visitors, the President of the Tourism Committee in Bucharest, Razvan Parjol, has said, adding that the country has the potential to become a regional leader in the restaurant industry, according to the American State Department for Agriculture. At the same conference, the Romanian Tourism Minister, Mircea Dobre, has invited the companies in this sector to take part in debates for a tourism law that will hopefully enter Parliament in the autumn. He also said that, despite the developments in the sector, infrastructure and the lack of skilled personnel remained the main problems. 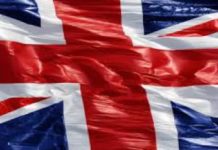