Acasă English 31st of May 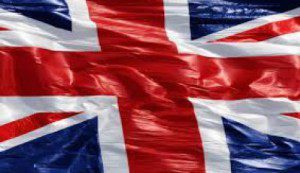 Pontifical diplomacy continues to be a pacifist and balance factor in addressing issues on the global agenda, says president Klaus Iohannis

Pontifical diplomacy continues to be a pacifist and balance factor in addressing issues on the global agenda, romanian president Klaus Iohannis told at Cotroceni Palace on the occasion of Pope Francis’ visit. The head of state also said that the romanians consider the visit of the Pontiff Sovereign as a new encouragement to contribute to a society of justice and a world of love among people.
Klaus Iohannis: In a world marked by complex issues, Europe today needs, perhaps more than ever, models of peaceful coexistence, models of dialogue between the majority and minorities, dialogue between cultures, which provides benchmarks for strengthening tolerance and of mutual respect. Under the sign of generosity, social solidarity and understanding between civilizations, the mission that you carry out in the world is well known and appreciated in our country. In Catholic churches of Latin and Eastern rite, in Orthodox churches, in other Christian cults, as well as in the places of prayer of other cults recognized by law in Romania, the values ​​that have their source in the love of one are honored to which your Holiness invites every time.
Pope Francis also highlighted the challenges that modern society faces and highlighted the phenomenon of migration and its complex effects. People are uprooted, and many states are depopulated with unpredictable consequences.
Pope Francis: I pay tribute to the sacrifice of Romanian sons and daughters who, through their culture, through the heritage of values ​​and their work, bite the countries in which they emigrated, and through the fruits of their efforts, help their families remaining in their homeland. In order to face the difficulties of this new historical phase, in order to find effective solutions and the power to apply them, it is necessary to improve the cooperation between the political, economic, social and spiritual forces. We need to go together, go united!

31 delegates from the UE states are currently taking part to an informal meeting in Buzau on trade relations in the European Union. Along with these there are 56 specialists in commerce and business issues. The main topic on the agenda is the double standard on product quality in the European Union. RRA Correspondent Cristina Moise reports.
Reporter: State Secretary Mihaela Gabriela Voicilă from the Ministry of Business, Commerce and Entrepreneurship says on the agenda of discussions is the twin issue of the double standard at European level.
Mihaela Gabriela Voicilă: The purpose of today’s meeting is to finalize a regulation needed to support European producers and the trade system that is currently working in Europe towards third countries. It discusses, studies the various situations, and then slowly rises to the plenary that can take all the decisions.
Reporter: State Secretary Mihaela Gabriela Voicilă talks about a Romanian pledging to regain her economic respect on the continental plane.
Mihaela Gabriela Voicilă: Of course, all the persons representing the Romanian Government are even worried about this situation and will strive to be able to improve. It’s normal, we want to be respected. And that’s what we’ll do.
Reporter: The EU trade summit, which is taking place today in Buzau, is the last action coordinated by the Ministry of Business, Trade and Entrepreneurship, during Romania’s presidency of the EU Council.

The famous actor Nicolas Cage is specially invited to this year’s 18th edition of the Transylvania International Film Festival, which begins today in Cluj-Napoca. TIFF 2019 includes 12 films and up to the end of next week, besides projections, other events, such as exhibitions or concerts, are featured in the program. Reporter: Claudiu Pădurean – The Transilvania International Film Festival – TIFF – will start tonight with a gala that will take place in the open-air cinema in Unirii Square in the center of Cluj. This gala includes the world premiere screening of „Parking”, directed by TIFF founder Tudor Giurgiu. The film will also be featured at the screening. Also actor Nicolas Cage, who will receive the prize for his contribution to the development of world cinema, will also take part in this edition of the festival. Another great actor to be awarded for his entire career so far is Marcel Iureş. There are 12 films in the official competition of TIFF, but more than 200 films have been included in the festival. This year, three national cinemas are celebrated in France, China and Albania. Also, Romanian cinema is well represented with almost 40 films. TIFF 2019 also means a section dedicated to gastronomy, with cooking demonstrations, concerts, events such as „Weekend at the Castle” that will take place at Bánffy Castle in Bonţida and involve activities for the whole family.