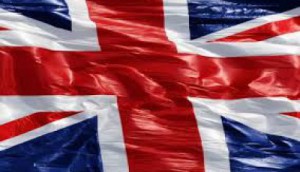 Pope Francis ended a three-day visit to Romania and spoke about the beautiful things of the country in a news conference on board the plane that took him back to Vatican. The Pontiff spoke about Romanians who are working abroad, many of them apart from their families. Pope has expressed his wish that a solution should be found to this situation, which depends not only of Romania, but also the consumption-driven society that we live in. Francis also spoke about the relations between Catholic and Orthodox Christians, saying that they should lay hands towards each other, especially in times of conflict.

As of Monday, Romania is hosting NATO’s largest multiannual exercise organized this year on its territory, attended by 13,000 troops from 15 NATO member states. Military applications will unfold for three weeks from now, on several rifle ranges. The largest deployment will be seen at the National Training Centre in Cincu, in the county of Brasov, where an opening ceremony was held on Monday. It was attended by almost 2,000 troops from Romania and abroad, to mark the start of the Saber Guardian 2010 multinational exercise.

President Klaus Iohannis has convened the political parties for consultations on Tuesday and Wednesday, in order to decide how to implement the result of the referendum on the judiciary, which was held on May the 26th. What people decided has to be put into force, the president argues. He has already sent the invitations to the parties. Representatives from the National Liberal Party (PNL) are due to attend the consultations Tuesday at noon, followed by The Save Romania Union (USR) and representatives of the Hungarian minority, UDMR. On Wednesday, the president will meet delegations from the PMP, ALDE, ProEurope parliamentary group, the national minority group and the Social Democratic Party. The Social Democrats were initially invited on Tuesday, but Prime Minister Viorica Dancila has asked for the meeting to be postponed for Wednesday.