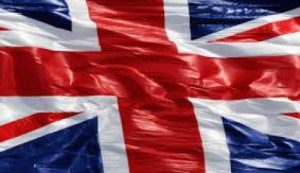 Measures for persons holding an official qualification degree in nutrition

People who hold an official qualification in nutrition may be required to register with the Dieteticians College of Romania in order to exercise their profession. The measure is foreseen in a project of the Ministry of Health, put in public debate. According to the project, membership in this College is acquired upon request and must be proved by the authorization of free practice. This can be obtained if the applicant fulfills the following conditions: holds an official qualification in nutrition and dietetics; proves a year of practice or hold a master’s degree in the field, promotes the national examination of an authorized dietitian./opopescu

DNA prosecutors have begun criminal proceedings against Oracle Romania’s general manager, Sorin Mîndruţescu, for taking bribes in a continuous form. After the hearing, the prosecutors set a bail of 500.000 euros, which must be filed by tomorrow. According to investigators, between September 2009 and November 2013, Sorin Mîndruţescu claimed – and received – almost 870.000 euros in bribes from representatives of companies in the IT field. In exchange for the money, he gave them cheap offers on the products marketed by Oracle Romania, so that the respective companies could participate in public auctions organized by various state institutions or with state capital – such as APIA, ANAF, TRANSELECTRICA, CNAS or ROMATSA. The price offers mainly concerned the IT licenses required for public institutions. Sorin Mîndruţescu has rejected the accusations that he considers a regrettable misunderstanding and claims that Oracle is not part of the file./opopescu

Iraqi citizens trying to illegally cross the border into Hungary, stopped by the Border Police, in Arad

Fifteen Iraqi citizens trying to illegally cross the border into Hungary were stopped by Arad County Border Police last night. The fifteen people, including ten women, four men and a minor were half a kilometer far from the border line. They said they intended to reach a state in Western Europe. At the same time, the border police from Nădlac discovered a Syrian citizen who was trying to illegally leave the country, hiding under the trailer of a truck loaded with cucumbers./opopescu