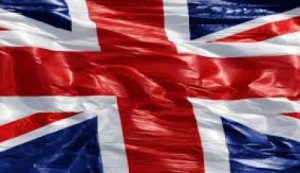 The government will establish a timetable on Thursday for assuming responsibility for several important law drafts, including budget limitations. According to Prime Minister Ludovic Orban, the Executive intends to use such a procedure next week to adopt changes to the laws of justice. For his part, President Klaus Iohannis said Wednesday that assuming responsibility for next year’s budget is strictly a decision of the Executive. In his opinion, under a minority cabinet, this method of delegated legislation is one that can work for any type of law. On the other hand, the PSD’s acting president, Marcel Ciolacu, warned the Orban cabinet not to try to take responsibility for the draft law of the state budget for 2020. He added that this is the most important law, which is why Parliament cannot be avoided./opopescu

More than three quarters of Romanian households have access to the home internet network in 2019, according data published by the National Institute of Statistics. This is an increase of 3.3 percentage points compared to the previous year. Of the households with internet, about 61.8 percent are located in the city. By areas, the most connected are Bucharest – Ilfov and the West and North-West regions. The lesser connections are in the North-East and South-Muntenia. According to the NIS, the types of connection to access the internet at home are 78.4 percent fixed broadband, followed by mobile broadband – 64.2 percent. The percentage of people using the Internet decreases as they get older. Thus, in the 16-34 age group the percentage is 95.9 percent, while for the 55-74 age group, the weight is only 59.9 percent./opopescu

Located in Constanţa Harbour since December 4-th, the maritime patrol vessel „Commandant Birot” will be visited today by the French ambassador to Romania, Michèle Ramis. The ship remains in Romania until tomorrow. It is deployed in the Black Sea, joining the missions regularly carried out by the French Naval Forces in this region. The crew of the ship, made up of 96 sailors, participates in joint exercises with the Romanian Naval Forces military, in Romania’s territorial waters of the Black Sea./opopescu