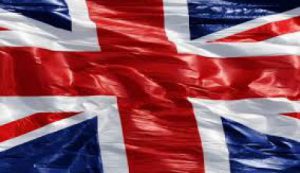 The Romanian Defense Minister Vasile Dancu and the Chargé d’Affaires at the US Embassy in Romania Savid Muniz have talked about the Romanian-American defense cooperation in the 2020-2030 period and also about the current challenges to the security environment, during their meeting in Bucharest on Tuesday. The Romanian dignitary has emphasized the strength of the US-Romania Strategic Partnership and its importance in the modernizing od the Romanian Army. Mr. Dancu also met the United Kingdom’s Ambassador to Romania Andrew Noble on Tuesday and he underlined the position of the Romanian part in relation to the need to enhance the deterrence and defense postures of NATO on the whole Eastern Flank, including in the Black Sea region.

Romania is recording one of the most abrupt increase in the number of new COVID-19 in Europe, ant authorities have already confirmed the community transmission of the Omicron variant. The county of Cluj has entered the red zone on Tuesday, with 3.44 new cases per a thousand inhabitants. The capital Bucharest has also entered the red scenario on Wednesday, after the incidence of coronavirus infections has surpassed the threshold of three cases per a thousand inhabitants. The Public Health Institute in Bucharest is meeting on Wednesday in order to assess which schools are due to shift to online learning, as the main condition is to have at least 60% of staff vaccinated in order to continue to receive pupils in classes.

The Presidential Administration has held an event on Tuesday in which President Klaus Iohannis and Prime Minister Nicolae Ciuca have launched for public debate a report concerning the education on climate change. In his presentation President Iohannis has argued that work groups need to be created in order to produce real changes in the approach on environment protection education. Most of all – the president has said – there is a need of a change in mentality, within a partnership between institutions and citizens. The report brought forward on Tuesday has flagged a series of problems, but also solutions in order to broaden the access to education on the environment protection and climate change effects, and to lay out a green learning infrastructure, President Iohannis has said. Prime Minister Nicolae Ciuca has also underlined that two thirds of Romanians see the climate change as a very serious problem, so there is a need for solutions. He also said that the government signed out to implement some measures such as energy efficiency, green energy production, a cut in transport emissions, performant technologies in industry, an efficient use of agricultural land and the recycling of waste. 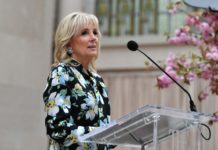