Acasă Romania for Ukraine Tg. Mureș, in solidarity with the inhabitants of the Ukrainian city of... 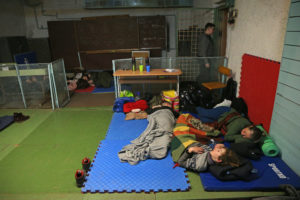 The mayor of Târgu Mureș, Soós Zoltán, told Radio Tg. Mureș that this week, most likely, activities will be organized to collect aid for the population of Ukraine.
Refugees in Târgu Mureș will also be able to be received.
The municipality is also available and ready to provide humanitarian assistance to the partner city of Uzhhorod, with which it began the twinning procedure last year.
Mayor Soós Zoltán: „First of all, we expressed our solidarity with our partner city Uzhhorod and the fact that we are preparing in case it is necessary to receive refugees in Târgu Mureș as well. In connection with these decisions, several meetings will be held together. with the Prefecture and other state-authorized bodies, but we will prepare to raise aid if needed, and it is likely that in this dramatic situation, help will be needed. they come from Ukraine and, of course, the Municipality of Târgu Mureș will also provide humanitarian aid in this regard „.
The city of Uzhhorod is located in western Ukraine, in the Transcarpathian Region, in an advantageous geographical position, not yet affected by the war.
In the region, in addition to the majority Ukrainian population, there are both Romanian and Hungarian communities.