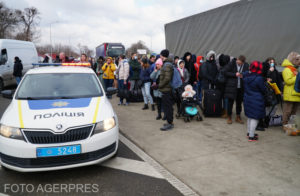 EU health ministers meet today in a video conference to coordinate their actions to receive war wounded and chronically ill refugees from Ukraine. The meeting was convened by the French Health Minister Olivier Véran, whose country is holding the six-month presidency of the EU Council. According to Paris, a coordinated and solidarity-based response from the Union to the health consequences of Russia’s military aggression against Ukraine is needed, as it is expected that the care capabilities of neighboring countries will soon be exceeded. The priority will be to ensure continuity of medical care for displaced people, as nearly three million Ukrainians have already left the country. The European states bordering Ukraine, including Romania, will be able to present in detail their limits for each type of patient.

A new transport of humanitarian aid collected by Tulcea residents is...