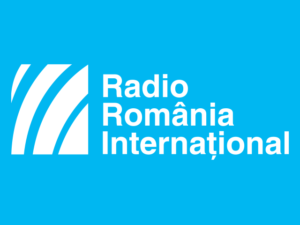 Romania and other Central and Eastern European countries voice support for Ukraine’s NATO accession.
Russia’s announced annexation of 4 regions in the east of neighbouring Ukraine-Donetsk, Luhansk, Kherson and Zaporizhzhia-following sham referendums has been firmly criticised and condemned by Western countries.
After Russia’s president Vladimir Putin organised a ceremony in Moscow, proclaiming the 4 partly-occupied regions Russian territory, the president of Ukraine Volodymyr Zelenskyy responded with an application for fast-track NATO membership.
Alongside the presidents of other Central and Eastern European NATO member states, including the Czech Republic, North Macedonia, Poland, Montenegro, Slovakia, Estonia, Latvia and Lithuania, the president of Romania Klaus Iohannis signed a joint declaration reiterating support for Ukraine’s sovereignty and territorial integrity.
„We, Presidents of states in Central and Eastern Europe, countries whose leaders have visited Kyiv during the war and witnessed with their own eyes the effects of Russian aggression, cannot stay silent in the face of the blatant violation of international law by the Russian Federation, and therefore are issuing the following statement: We reiterate our support for the sovereignty and territorial integrity of Ukraine. We do not recognize and will never recognize Russian attempts to annex any Ukrainian territory,ˮ reads the joint statement.
The signatories say they firmly support the decision made at the 2008 NATO Summit in Bucharest regarding Ukraine’s future accession to the organisation. They also call on Moscow to immediately pull out of all the occupied territories.
„We support Ukraine in its defence against Russia’s invasion, demand Russia to immediately withdraw from all the occupied territories and encourage all Allies to substantially increase their military aid to Ukraine. All those who commit crimes of aggression must be held accountable and brought to justice,” the document also reads.
Ukraine’s presidential adviser Mykhailo Podolyak thanked the countries that back Ukraine’s NATO accession. „We are grateful for the leadership and responsibility. History is being made today,ˮ he posted on Twitter.
In turn, the NATO secretary general Jens Stoltenberg said a decision on Kyiv’s accession application must be taken by all the 30 member countries, and reiterated the alliance’s open-door policy. Any nation, including, of course, Ukraine, has the right to choose its own path, including the security arrangements it wants to join, Jens Stoltenberg also pointed out. He added that at present the main priority for the Allies and their partners is to support Ukraine.
The US and Canada have also backed Ukraine’s NATO accession, but without making any reference to the fast-track procedure requested by Kyiv.

Blood for Ukraine: The number of donors in Timișoara has doubled