NATO Foreign Ministers, who met in Bucharest, pledged to boost their support for Ukraine and help rebuild its energy infrastructure. They called Russia’s aggression a blatant violation of international law and pointed out that it  has affected global food supplies, and endangered the world’s most vulnerable countries and peoples. NATO Foreign Ministers said in a joint statement that Russia’s unacceptable actions, including hybrid activities, energy blackmail, and reckless nuclear rhetoric, undermine the rule-based international order. They reaffirmed the strategic importance of the Black Sea for the Alliance and the fact that it will continue to defend every inch of Allied territory at all times. In this context, President Klaus Iohannis said the Black Sea has strategic importance for Euro-Atlantic security and member states should closely monitor evolutions in the region.  ”I believe we must pay special attention to countries like Moldova and Georgia. Romania wants to encourage Moldova’s accession to NATO”, the head of state said. Iohannis reiterated that Bucharest remains a firm supporter of the open doors policy and hopes that Finland and Sweden will soon join the Alliance.  The Ukrainian Foreign Minister, Dmytro Kuleba, attending the meeting in Bucharest, thanked the allied countries for the support granted to Ukraine during the Russian invasion and pointed out that the war continues and his country needs both weapons and equipment for energy supply. 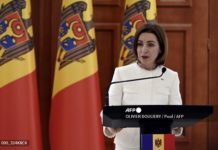