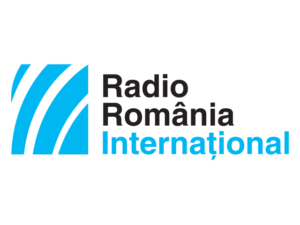 WAR IN UKRAINE – Over 20 civilians, including six children, were evacuated from the Azovstal steelworks in Mariupol, after the venue was sieged for weeks on end by Russian forces. The group of people was transferred to a location commonly agreed upon with the Russian side, in the hope of reaching Kyiv-controlled territory, Ukrainian soldiers trapped inside claim. Moscow faced immense international pressure to allow civilians to evacuate, although all previous attempts to do so were unsuccessful. The full occupation of the port-city is one of the Russian army’s strategic objectives. Holding Mariupol would help Russia occupy the entire Ukrainian southern coast, and would link the separatist region of Donbas to the Crimean Peninsula, annexed by Russia in 2014. At the same time, Russia presses on its offense in Ukraine. President Volodymyr Zelensky accused Moscow of seeking to wipe the entire region off the map. Meanwhile, French president Emmanuel Macron has confirmed his willingness to povide certain security guarantees to Ukraine. Macron talked to his Ukrainian counterpart over the phone on Saturday. The French president expressed his readiness to work hard to restore Ukraine’s sovereignty and territorial integrity. Also on Sunday, president Zelensky met in Kyiv with the the US House of Representatives Speaker, Nancy Pelosi. „We believe that we are visiting you to say thank you for your fight for freedom… Our commitment is to be there for you until the fight is done,” Pelosi told Zelensky, according to a video tweeted by the Ukrainian presidency.

CYBER ATTACKS – The Romanian Intelligence Service warns against possible ransomware attacks on a large scale, targeting the email addresses of institutions in Romania. The Service recommended people not to click on links or attachments that are not usually addressed to them or were sent by unknown sources. The same precautionary measures are recommended in the case of text, WhatsApp, Signal or Telegram messages. A wave of cyber-attacks started in Romania on Friday, hackers targeting the website of the National Cyber Security Directorate, as well as other public institutions and private organizations. Claimed by the Killnet network of hackers, the operation came in response to Romania’s support for Ukraine. This month Killnet hackers attacked the websites of institutions in a number of states as well as NATO.