The EU foreign policy chief Josep Borrell firmly condemned Saturday’s missile strikes by Russia on the Ukrainian port city of Odessa. In a tweet, he criticised Moscow for striking a target crucial for grain export, one day after signing a deal to unblock Ukrainian grain exports, describing the attack as „particularly reprehensible” and saying  it showed Russia’s „total disregard” for international law.

The UN Secretary General Antonio Guterrez also unequivocally condemned the attack. Ukrainian authorities on Saturday reported a Russian attack on the commercial port of Odessa, a key hub for the Black Sea grain exports. The Istanbul agreement, which was signed under the auspices of Turkey and the United Nations, provides for the establishment of a maritime corridor to attenuate the current crisis caused by the Russian blockade of Ukraine’s Black Sea ports. 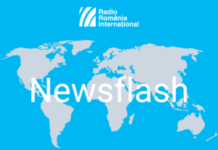