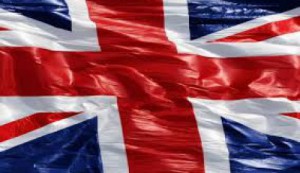 The International Monetary Fund has revised upwards the forecast on the evolution of the Romanian economy this year, to 4%, from 3.1 in April. In the latest report released today, the IMF is forecasting a 3.5% economic growth for Romania next year, higher than the 3% estimates made during spring. As far as the inflation rate is concerned, the international financial institution is forecasting an increase of 4.2% this year, which coincides with the forecast of the National Bank of Romania.

Ludovic Orban, the leader of the National Liberal Party (PNL), is the prime minister appointed to form a new government. The announcement was made by President Klaus Iohannis at Cotroceni Palace, after two rounds of consultations with parliamentary parties, following the removal of Viorica Dăncila’s cabinet by means of a no confidence vote. The head of state also said that early elections were a very good solution, but not while Dancila cabinet is still in place as an interim administration. After being named prime minister, PNL leader Ludovic Orban announced that restoring macroeconomic balances, correcting the measures that have affected the business environment, restructuring the government structure, while respecting the rule of law are some of the priorities of his government. Mr. Orban has to submit his new government to the parliamentary vote for approval.